Lightning strikes are common phenomena taking place every day around the globe. Besides the easily-observable physical damages that they can produce, lightning strikes can also induce currents and voltages into electric/electronic circuits and cables that connect them. These latter phenomena are generally referred to as indirect effects of lightning.

As avionics industry, both commercial and military, employs nowadays a significant amount of electric and electronic systems, their ability to perform must not be influenced by indirect effects of lightning. Especially systems critical for flight safety must be properly designed and thoroughly tested in order to ensure that the aircraft can be safely operated.

Testing of aircraft systems and subsystems against indirect lightning effects is a relatively complex and laborious process. Different test conditions and requirements are described in standards like DO-160G Section 22 or MIL-STD-461G CS117. Additionally, aircraft manufacturers may define additional test requirements.

How to perform indirect lightning test?

Indirect lightning test is applicable to airborne equipment in different functional states. The purpose of the test is to simulate indirect effects produced by lightning strike with a test system and observe/asses the behaviour of EUT.

Indirect lightning test generators produce high voltage and high current impulses: waveforms 1, 2, 3, 4, 5A, 5B and 6 may be applied at different levels depending on the location, shielding, protection level of the equipment under test (EUT). The impulses are applied either as single events (single stroke) or trains of pulses (two categories are defined: multiple stroke and multiple burst).

The two main types of tests that can be encountered in standards are pin injection (damage tolerance test) and cable bundle (immunity test).

The connection diagram below exemplifies a test setup for pin injection test, WF3 level 3. The pin tested is energized, hence a decoupling device is utilized. 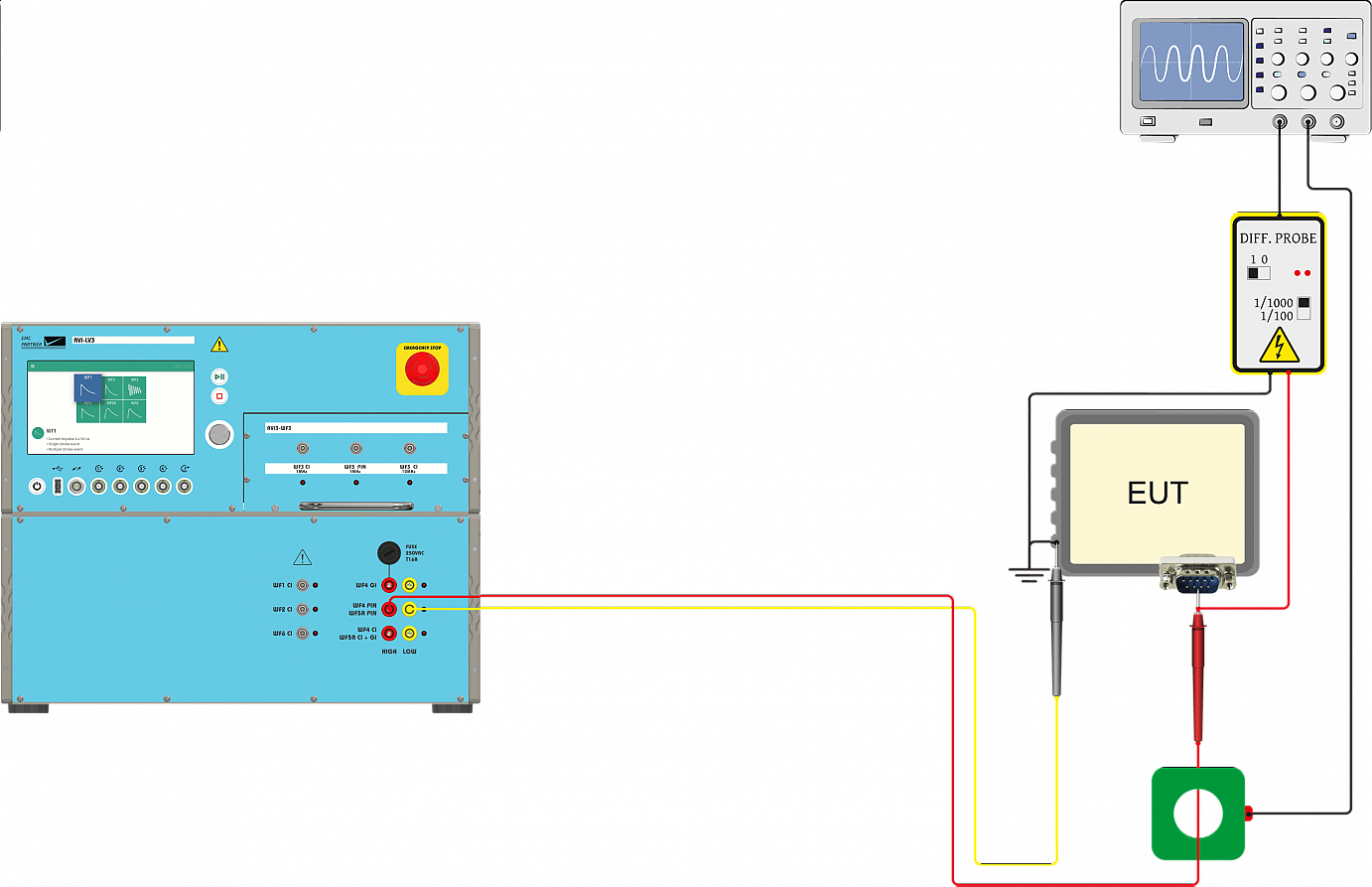 EMC PARTNER provides a very comprehensive and flexible test system, suitable not only to test according to DO-160 or MIL-STD-461G, but also additional aircraft manufacturer standards.

The main components of the test system are: